Challenges Affecting the Evolution of Banking Technology in Africa

Challenges Affecting the Evolution of Banking Technology in Africa 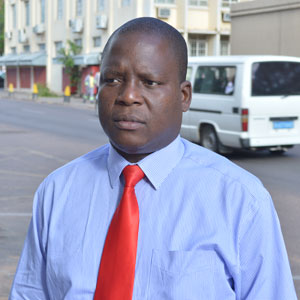 Africa’s transformational journey to modernity is on the cusp of revolutionary change. There is a great rural-urban divide waiting to be bridged. There has to be a harmonious progression and technology is the de facto agent that can ring in wholesome changes. Banks would do well to realize their central role in enabling this transformation and should take conscious recourse to relentless adoption of technology.

It doesn’t stretch one’s imagination to understand that the scale of banking in Africa has undergone tremendous change in the last 20 years. The evolving Banking paradigm presents unique opportunities and challenges. Channel Technologies do bring about closer integration between the rural and urban populace. The hitch is that the pace of technology adoption, a key feature of the urbanized world, cannot be forced upon the rural population.

Another challenge non-branch channels throw up is the lack of human touch that previously characterized banking transactions. The rather impersonal banking technology-enabled touch screen key presses and automated answering systems might intimidate and overwhelm newly urbanized users who are by enlarge technology-illiterate. It becomes therefore imperative for banks to ensure that their products and services are tailored to the needs of different sections of people in the region, and are also backed by suitable humane yet quick measures.

Banking in Africa is still at a nascent stage as we are talking about a continent that still has around 70-80 percent of unbanked population and has tremendous potential to grow. The approach to retail banking in Africa is very different to what one can see in matured markets as the continent is vast and poses a real challenge to traditional distribution models based on branch networks. Technology and new distribution models are playing a vital role in how banking is being brought to the masses in Africa. Indirect distribution models relying on agency, retail and mobile networks seem to be more popular in driving penetration and reach across the 54 African states which are all very different to one another.

Africa has made considerable progress in the area of broadband connectivity with the landing of submarine cables in East Africa (TEAMS, EASSy and SEACOM) and others in West Africa (SAT3, Main One, Glo-1) and the expansion of national backbone networks. International bandwidth that was 25 TB in 2012 expanded to exceed 50 TB in 2014, a capacity that could meet the demand of governments, financial institutions, household and business users for the medium term.

Despite this encouraging progress, a large deficit remains in expanding access to broadband and the internet. A wide gap also exists in national backbone networks and in interconnecting cities in the continent. The broadband deficit is unevenly distributed among countries: some, such as Morocco and South Africa, have a significant density in terrestrial networks; others, in central Africa, have virtually no national infrastructure.

In simple quantitative terms, such as the Internet band width available to African countries, significant improvements to Africa's Internet connectivity have taken place in the last ten years. Enormous investment in telecoms infrastructure has characterized these improvements, particularly in terms of intercontinental connectivity and terrestrial fibre networks. However, these infrastructure investments are necessary, but not sufficient in many African countries, to improve connectivity services experience for banks across Africa.

The use of mobile-banking and payment services in Africa has rocketed in recent years, but the rapid advance of this type of payment technology is throwing up challenges over how to manage this growth while protecting the end-user. We can only sustain this if we make sure the products are safe and consumers are given education, and recourse.

A report by management consultant McKinsey and the Gates Foundation has forecasted that mobile payments in sub-Saharan African could reach up to $16 billion in the coming years if current trends continue across the continent.

To facilitate access to finance to unbanked Africans, some MNOs have launched non-bank led mobile payment programs in some SSA countries.

Africa is a vast region of 54 countries covering 30 million square kilometers and one billion people. Treating Africa as a single entity would be to overlook the complexities of life within a huge diversity of peoples, languages and cultures within and across national boundaries. It would be impossible to cover all of these in the detail that they deserve. Kenya can be used to illustrate the impact of mobile payments on the unbanked in low-income African countries.

The exponential increase in connectivity and technology has been a two-sided coin for banks. New risks in data protection, banking systems, privacy, electronic money transfers, and mobile banking are emerging and growing in importance. At the same time, the ability to collect and analyze data streams and change processes gives banks new opportunities and the means to more accurately measure and control risks.

Therefore, the increasing prevalence of financial crime in Africa has made fraud management and investments in prevention technology a long-overdue priority to banks within the region, just like it is across the globe. As a result, banks learn that the consolidated software platform approach to fraud detection is fundamentally flawed and falls short on detecting and preventing fraudulent transactions.

Banks operating in Africa today need to find knowledgeable experts to help develop a consistent and deliverable Business Continuity and Disaster Recovery solutions that adhere to ever-changing domestic and international standards. The entry of multinational institutions into African markets, along with increased attention and investment in disaster recovery and business continuity, has led to the growth of cloud services on the continent, analysts say.

What It Truly Means For IT Security To Bea Business Enabler

Policy is a Key Solution to Stopping Packaging Waste

Congestion-Driven Basis Risk, A Challenge for the Development of...